Noumea is the only port of entry to New Caledonia.

Noumea is the only port of entry to New Caledonia.
Yachts are required to fly the Quarantine flag when entering New Caledonia territorial waters.
Yachts over 60m total length must take a pilot aboard before entering the coastal waters of New Caledonia. Noumea Ocean will make all the arrangements. Once the yacht is cleared a pilot is not required for coastal or port navigation for vessels between 60 and 80m length subject to movement notification restrictions.

For full details of the 3 primary routes to Noumea with navigational markers, lights and approach images download the Rocket Cruising Guide to New Caledonia.

You can preview the 3 approach routes in the Google Map below.
On the google route map, click on the routes and the markers for details.

The downloadable charts listed below are for visual reference only, not for navigation.
Route details are available as text files, gpx route files and Google Earth kml files (which are pretty spectacular viewed in 3D, especially if you use the flight simulator.) If you wish to download these files go to the Downloads Page in your Captain's Account, or, if you have not registered one already, create a free, no obligation Captains Account, then go to the downloads page where you can download an official chart and navigation files with the gps waypoints (text and gpx) and Google Earth kml files for these passes. 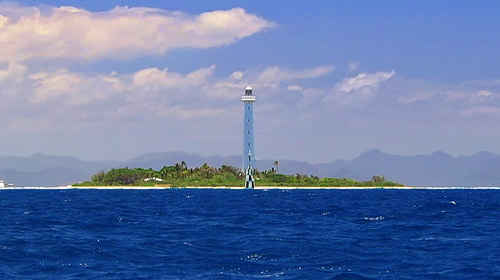 This is the safest, best lit approach to Noumea and should be used by all vessels approaching from the western sector of New Caledonia. The pass is deep with little tidal current, and has a spectacular 53 metre high Amedee Lighthouse (Strobe Flash 2sec every 10sec, visible 20nm). The pass lead light W(flashing) guides you through on 50°T. Once inside the pass it is 15nm to Noumea.

Used by vessels approaching from the west or northwest this pass is deep, has little tidal currents, and is well marked and lit. The pass is marked with a lighted cardinal west spar buoy on its east side and a lighted lateral red buoy on its west side VQ(9) 7m high 10seconds 5nm visibility. Once inside the pass it is 12nm to Noumea. 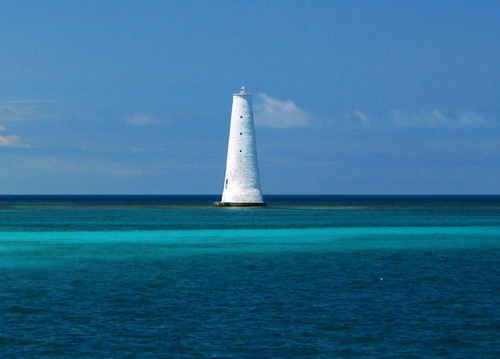 Vessels approaching from the east of New Caledonia use the Pass de Havannah. The pass is 39nm from Noumea. Maximum safe draft 10.6m.
Goro Lighthouse 25m high, flW 4sec, 12nm visibility is on the reef forming the NW corner of the pass. It has a RADCOM "G".

Caution There are very strong tidal currents with complex vectors. On the outgoing tide currents may reach 4.7 knots setting NE, stay on the leads. Tides are about 1hr before Noumea tides.

Vessels less than 45m long with a draft less than 5m can come alongside the Port Sud Superyacht Wharf. Moored yachts obscure most of Baie de l'Orphelinat so after passing the red to port, green to starboard lateral markers steer 121°T towards the Navy Base and then turn to follow the channel (unmarked) mid-way between the rock seawall and the moored and anchored yachts.

Most of the yachts do not carry anchor lights at night and sometimes yachts will anchor right in the channel so it is better to approach during the day. At the eastern end of the rock seawall turn 40°T towards the Marina Entrance. There is 50m turning clearance between the marina wharf and moored vessels adjacent to the wharf. Spring Low Tide Depths range from 10m at the start of the "cleared" channel to 5m alongside the wharf.
The Google Map chart is available here.

Noumea Ocean can arrange special clearance into alternative ports and have your clearance paperwork submitted to assure a rapid, worry free welcome to New Caledonia.